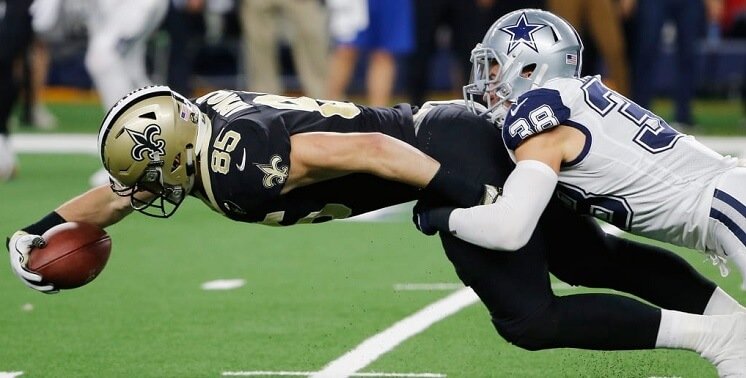 The fourth week of the 2019 NFL season is creeping up upon us. We have six undefeated teams left, and this article will be taking a look at one of the undefeated teams and their matchup this week.

The Dallas Cowboys will be on the road this week to take on the New Orleans Saints. Drew Brees is still injured and will be out for a while, while the Cowboys have been rolling.

Teddy Bridgewater will lead the Saints and look to secure a home victory for New Orleans to keep them relevant.

We will break down the matchup between the two teams and will help determine the best bets.

The Dallas Cowboys have been rolling over the competition this entire season. They have won all three of their games by double digits, but the three teams they have faced have a combined record of 1-8.

With that being said, it is still too early to know if the Cowboys are one of the top teams in the NFC, but this matchup will be a great test for Dallas. 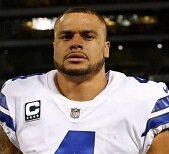 Dak Prescott has had an incredible season so far, throwing for nearly 1,000 yards and nine touchdowns. His connection with wideout Amari Cooper has been insane, as Cooper has accounted for 238 yards receiving and four touchdowns.

Ezekiel Elliott has been everything the Cowboys wanted after making him the highest-paid running back in the NFL.

The Cowboys offensive line is healthy this season after being hampered by injuries for most of last season. This offensive line is one of the best in the NFL and has been punishing opposing teams in the trenches, letting Dak have all the time in the world to throw.

With Prescott’s success so far, maybe we will see him get that $40 million that he has been asking for. The Cowboys paid Zeke, and expect them to lock down Dak in the near future.

No Brees, No Problem?

In their game against the Los Angeles Rams in Week 2, the New Orleans Saints watched their quarterback break his thumb on a defender’s hand.

This injury brought in Teddy Bridgewater, who is currently the highest-paid backup in the NFL. Bridgewater looked lost in the matchup against the Rams, and rightfully so, coming in behind by double-digits making it difficult.

After a full week of practice, he was ready to take on the Seattle Seahawks. The Saints team as a whole rallied behind Bridgewater, which says a lot about their confidence in their backup.

The Saints scored two non-offensive touchdowns against the Seahawks, a punt return in the first quarter and a fumble return in the second.

Bridgewater looked solid in the game, finishing 19 of 27 with two touchdowns and 177 yards passing. While this did not light up any scoreboards, Bridgewater managed the game effectively and limited the Saints’ turnovers.

This will be a tough test against the Dallas Cowboys, even at home. The Cowboys are a very methodical team that breaks you down over time. There will be a lot to overcome for the Saints.

The Dallas Cowboys are favored in this matchup on the road at -2.5, with an over/under set at 47.

The Saints being home dogs here still has to do with Brees being out. Even with a solid Bridgewater outing last week, the Saints are still questionable to rely on.

I like Dallas in this matchup, and I like them as one of the best teams in the NFC. They have a balanced offensive attack and a healthy offensive line.

Take the Dallas Cowboys at -2.5 in this game and hammer the over. There should be a lot of points to go around for both teams.