New Jersey bettors put down $562.7 million in wagers during the month of November, easily surpassing the previous month’s record of $487.9 million.

Online was once again by far the most popular form of wagering, with an incredible 86.5% ($486.7 million) of all bets coming from online and mobile players, as opposed to $75.9 million in-person

Despite the state processing a record amount of bets, sportsbooks recorded a 29.1% drop in revenue, down to $32.9 million in November, albeit that was still nearly 55% higher than the same month last year.

Last month’s record handle also meant that New Jersey processed more sports bets than Nevada in October ($542.5 million), albeit the Silver State generated more revenue in that month ($47.9 million). Nevada’s numbers for November won’t be out until the end of this month.

So far this year, sports betting in the Garden State has generated more than $4 billion in handle and $270 million in revenue, which equates to roughly £30 million tax revenue for the state (13% tax on online betting, 8% on retail).

The above figures show why New Jersey is the leading example for other states looking to legalize sports betting, with Michigan, Colorado and New Hampshire all projected to go live in the first half of 2020.

Exact betting handle figures for individual sportsbooks have become hard to pinpoint, but the revenue figures are in and from these it’s clear that FanDuel is dominating the opposition.

The DFS giant turned sportsbook operates through a partnership with Meadowlands Racetrack (also partnered with PointsBet), and the combo easily claimed November’s betting crown with $14.86 million in revenue, up 111% year-on-year. Of this figure, $12.2 million was generated digitally.

The three operators under Resorts Digital – DraftKings, FoxBet and Resorts’ own sportsbook – claimed runner-up honors with a combined $9.13 million in revenue, a 27.3% year-on-year gain. The Resorts Casino Hotel’s land-based sportsbook contributed a mere $51k to that total.

It’s safe to assume that FanDuel and DraftKings between them accounted for the lion’s share of those revenue numbers, meaning they were responsible for 73% of all sports revenue in the state.

Who else fared well last month?

Ocean Casino Resort and its William Hill sportsbook ranked third in the state with $2.547m ($2.05m online), just a whisker ahead of Monmouth Park (partnered with William Hill, PlaySugarHouse and theScoreBet) at $2.525m. The Borgata and its BetMGM site placed fifth with $2.08m ($1.34m online).

The state’s casino industry centred on Atlantic City is also benefiting from the surge in sports betting. According to the New Jersey Casino Control Commission, casinos won more than $288 million during November, up 16.5% compared to the same month last year.

“It is gratifying to see another month of growth in Atlantic City,” said its chairman James Plousis. “All areas of the business, including slots, table games, internet wagering, and sports wagering outperformed last year.” 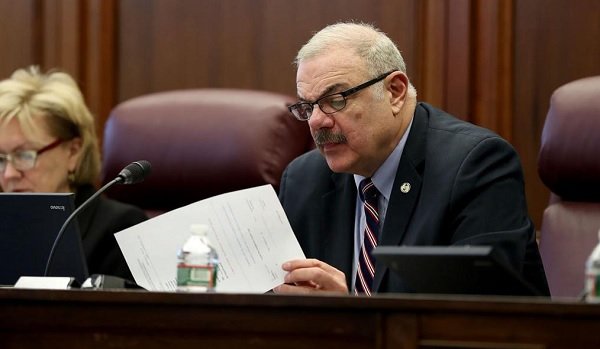 Ocean’s CEO, Terry Glebocki, credited the rise in revenue to some new specials and a marketing push to help drive more customers to the casino. She called November’s figures “an encouraging sign that its business volume is increasing.”

Further milestones ahead for booming industry

Clearly the Garden State is Nevada’s main rival as the country’s largest legal sports betting market. Between them they accounted for more than $1 billion in handle in October and even that lofty figure is likely to be surpassed in the coming months.

Pennsylvania’s handle is rising rapidly too now that mobile betting is taking off in the state, and we should know by the end of this week whether it has broken its previous sports betting handle record set in October.

Watch this space for more news and do hit us up on Twitter or get in touch with anything you like concerning legal sports betting in the U.S.