Ocean King and other skill-based games have grown in popularity over the last few years. But, is it possible to play them for real money? We take a look.

The ongoing pandemic has placed a large focus on online games and a lot more attention has been placed on online casinos and gaming as people look for other ways to play their favorite games. As physical casinos shut their doors across the world, states saw their gaming revenues decrease dramatically. In states such as New Jersey and Pennsylvania that offer real money NJ mobile casinos and PA mobile casinos, the blow has not been as severe.

Even though brick-and-mortar casinos are beginning to re-open, players are still choosing to play online and take advantage of online casino bonus offers and promotions like a $10 free no deposit play. As the cold weather kicks in, gambling destinations such as Atlantic City are likely to get even less footfall. The fact these locations cannot fill their poker rooms for poker tournaments and other events will mean it will be a while before they can get back on their feet.

Gaming companies must adapt to the times. That means offering online slot games for real money as well as new and innovative options. One of the most popular games at any online casino is real slots. Bettors enjoy the fast paced-nature of slot machines. Additionally, playing a slot machine is not complicated, and there is not a lot of skill required. Online platforms such as Resort Casino Online offers a plethora of slot games.

Conversely, games such as Ocean King do require an element of skill. This arcade game, which is themed around fish gambling tables, is very popular among gamers. Should players be able to play Ocean King online for real money?

What is Ocean King?

Ocean King is one of the most popular arcade-style games and has been enjoyed as a game between friends for several years. The Ocean King arcade machine game lets 6 to 10 players go head-to-head in a race against each other. The aim of the game is to catch as many fish as possible, scoring points to get the biggest payout! Players can deposit funds into the machine and the winner gets a nice little payout.

Due to its success, Ocean king now has three installments, with the latest version, Ocean King 3, based around players fish hunting the biggest monsters in the ocean. There have also been several mobile-based variations of the game such as Fishing King which have also been extremely popular with players looking for a bit of fun and escapism. 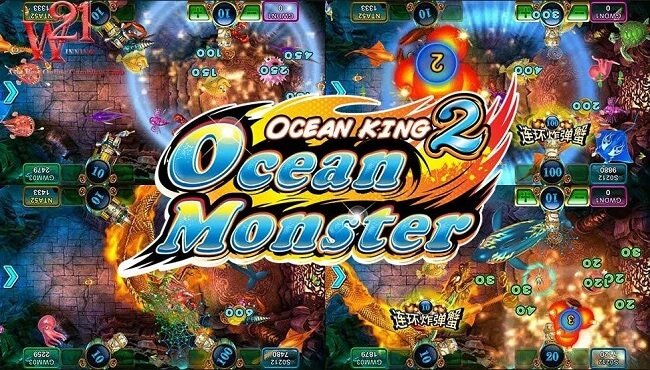 As many new online casinos go live, players have numerous amounts of casino games to choose from. New games such as live dealer roulette and variants of blackjack are continuously released. However, prominent skill games are not among them.

There could be an opportunity to attract more customers to those casinos that are struggling. Skill games such as Ocean King are exciting for players as it presents a challenge. Players like the idea of playing this fish table game as they attempt to shoot fish and other creatures to win prizes. This also makes fish game cheats really sought after.

Ocean King online draws people in as they feel more in control than they do when playing at a slot machine. Players can research for some Ocean King tips or how to win playing Ocean King. Additionally, players can watch a video on Ocean King 2 cheats money, how to play Ocean King 2 online, and gain some knowledge before playing this fishing game.

Can you Play Ocean King for Real Money?

It is not currently possible to play Ocean King skill games at any legal online casinos for real money. The significant issue to overcome would be deciding how it would work. Most of these arcade machines are a table-top design, meaning numerous players can sit around the device and play simultaneously. Think of the classic arcade games of years gone by before the introduction of upright arcade machines.

It remains to be seen if regulators such as the Division of Gaming Enforcement (DGE) would approve allowing games such as Ocean King to be played for real cash.

However, this is hope that we could see Ocean King online gambling and other similar games offering real cash prizes. It will take online casino brands having discussions with skill-game designers about forming partnerships together. As with online Ocean King, the majority of these games are software-based, rather than ‘skill games’ you would find at funfairs. Consequently, they can be altered to move in favor of the house.

There are several fish and ocean orientated games available for players who are keen to get their sea creatures fix available over at Golden Nugget Online casino including Oceans Treasure, Secrets of Atlantis, and Water Dragons. 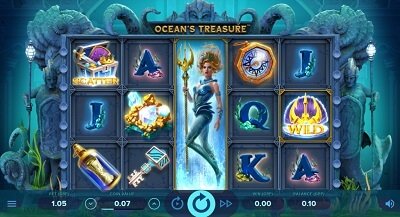 If this type of game ever did become available, they would have to be offered online initially. This would give the providers a chance to iron out any glitches while also allowing the players to test it and see if it is a viable option among the plethora of choices they have with online casino games.