That’s not all that was signed off as fantasy sports and online casino and poker have also been legalized, with officials hoping to have everything up and running by the 2020 NCAA Men’s Basketball Tournament in March.

As a result, Michigan becomes the ninth state to legalize sports betting in 2019 and the 21st jurisdiction (20 states plus Washington DC) overall.

The three House bills that make it all possible are as follows:

House Bill 916 (Legal Sports Betting Ac) – both tribal and commercial casinos will now be able to offer both land-based and online sports wagering.

State Sen. Curtis Hertel Jr. played a big part in the final process, amending the bills to get the governor’s support, and his prediction that they would be “signed before Christmas” proved on the money.

But it was another lawmaker, Rep. Brandt Iden, that had laid the groundwork going back to 2018.

His original sports betting bill was vetoed by an out-going Governor but his perseverance, and in particular his work in getting the state’s 24 Indian tribes on board, eventually paid off.

An even bigger obstacle, however, was the proposed tax rate for iGaming and sports betting, with Iden’s proposed 8.75% falling way short of the 15% demanded by Whitmer.

Her concerns were that sports betting would draw money away from the state lottery, and ultimately the School Aid Fund, which has benefited by more than $250 million since the lottery was set up.

Those fears were addressed by the last-minute adjustments to the bills, by fellow Democrats, and the key details of the sports betting bills include:

“My top priority in signing this legislation was protecting and investing in the School Aid Fund, because our students deserve leaders who put their education first,” Whitmer said in a statement. “Thanks in part to the hard work and leadership of Sen. Hertel and Rep. [Elizabeth] Warren, these bills will put more dollars in Michigan classrooms and increase funding for firefighters battling cancer. This is a real bipartisan win for our state,” she added. 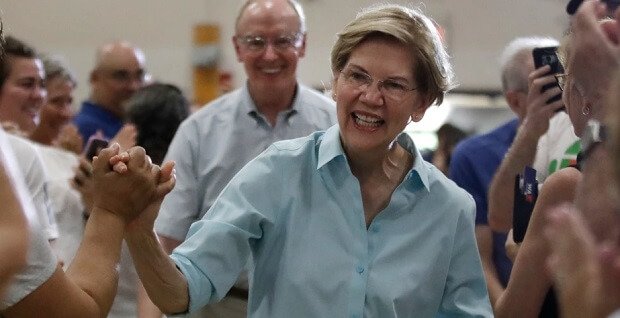 As mentioned, online casino, poker and daily fantasy sports were also given the green-light and here are the key ins and outs of the legislation:

Michigan expects to make $19m in sports betting revenue annually. That could prove a conservative figure given the state’s large population and the nature of the sweeping new sports betting bills, which allow for multiple operators, statewide online/mobile wagering, reasonable tax rates and betting on all college sporting events. Indeed, everything is in place to create a top sports betting market to rival some of the existing lucrative markets in the country, such as New Jersey and Pennsylvania.

Hit us up up on Twitter @Gamble_usa for more legal US gambling news.

Playing Blackjack at AOL is one of the most popular pastimes. The online game has…

Major League Baseball is offcially Back

After a three-month-long battle, Major League Baseball officially announced a return date and plan on…

Rush Street gets Michigan access via the Little River Casino