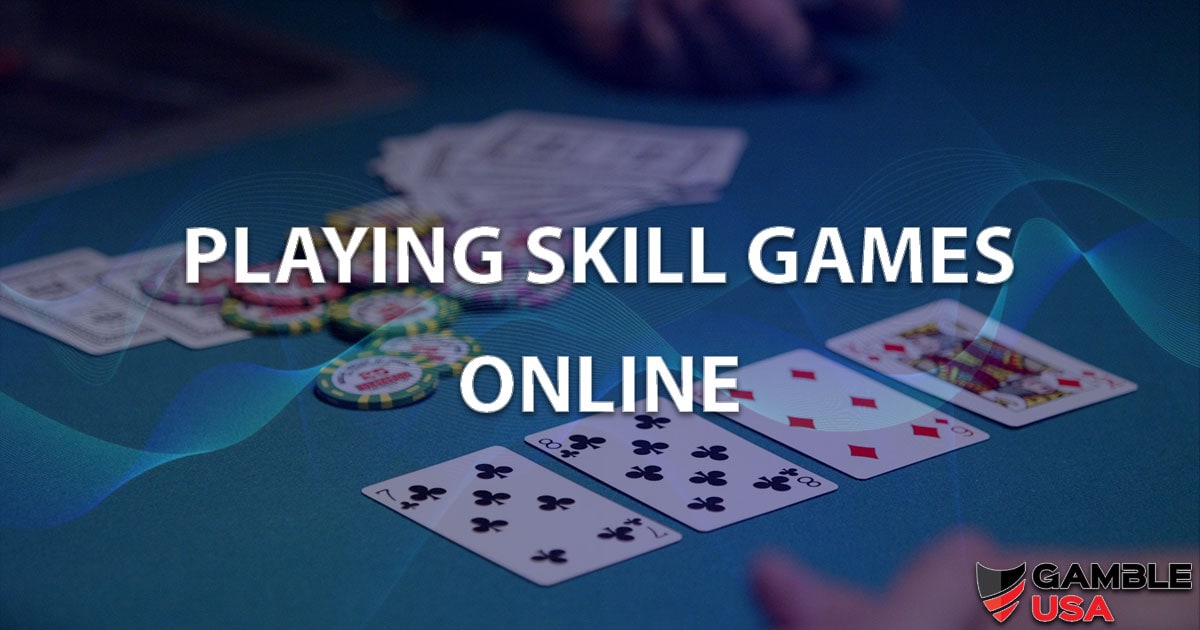 In the gambling world, skill-based games come in all different formats. Skill games could be based on classic card games such as bridge, famous word games like Scrabble, strategy games like chess, or Arcade games.

People have been betting on skill games for money for years. However, people have recently been permitted to play skill games online for real money. This has led to people trying to gain an advantage to win some cash prizes. For example, playing in Pennsylvania, you may search for PA skill game hacks before playing.

Nowadays, there are numerous online skill games for cash, including mobile games of skill. New titles are frequently appearing; you can now even play Bitcoin games of skill. So if you are getting bored of playing against your friends for fun, quick online games and skill games found online are the perfect solutions.

Additionally, you will get the opportunity to play against serious players, and the best thing about these cash reward games is you can make a nice profit while having some fun. Even wagering a small amount of money makes every game feel that little bit more exciting.

This article covers online games you can play for real money, how to access cash money games, and the differences between a game of pure skill versus a game of chance and the gray area in between. So whether you want to play online Rummy USA, Spades, or Dominoes, if you are looking for more information on playing games for money online, we’ve got you covered.

Is a game of skill gambling? Technically not. Games of skill are not classed as traditional forms of gambling as the outcome is not determined based on chance like the spin of a roulette wheel but rather on skill.

How To Play Skill Games Online 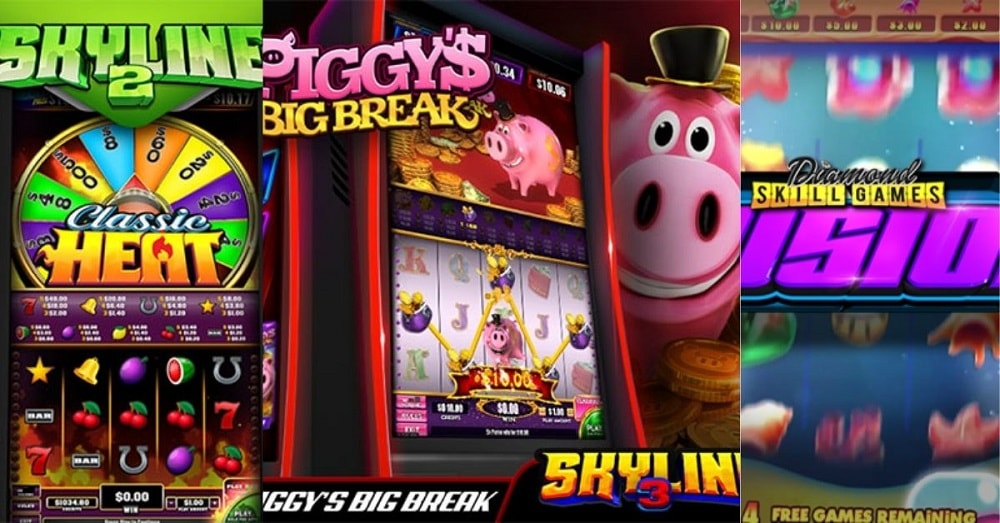 The principle behind skill-based video games or online skill gaming, in general, is straightforward. First, you register at a reputable skill gaming website, make your first deposit via PayPal or a credit card, and then select from that website’s games library. A skill-based website is no different from real money casino apps in this case.

Next, you need to access and find where the games are listed. These will typically appear on the main page once you have logged in. Additionally, you will notice stats that will inform you how many people are playing that game and the amount it costs to play. Most of the time, you will go up against a single opponent in a head-to-head match.

When you join a game, you and your opponent will be required to place your wager. The winner of the game will claim everything minus a small house fee. Any games involving more than two people will have different payout structures. However, the goal remains the same: you need to beat your opponents and win their money!

Websites that host skill games and the options to play a skill video game make money by taking a minimal fee from every real money match. For example, one of the most prominent sites, King.com, keeps 25% of every entry, with the remaining 75% going to the players. So if you participate in a $5 match against someone, $3.75 will go towards the shared prize pool. Consequently, if you are victorious in that $5 match, you will receive $7.50, covering your entry fee and your opponent’s entry fee minus 25%.

Differences Between Games of Skill & Games of Chance

Traditional games such as puzzle games, chess, and backgammon are considered games of skill because there is little luck determining the outcome. The result of these games is down to the player’s skill level. This lack of luck or chance differentiates skill games from gambling games. Although skill games are a challenge, bettors may feel more comfortable playing them as their fate is entirely in their own hands. Conversely, gambling games such as roulette and craps may require little skill apart from bankroll management, and the outcome is centered around luck over a more extended period.

The most successful craps players in the world cannot claim they can beat the casino at its own game. The same rule applies to all classic gambling games unless you feel you can count cards in blackjack. Skill-based gaming can be playing on your own or with friends.

Playing a casino game online is still illegal in many states, with only a handful allowing real money games, including NJ, PA, WV & MI. On the other hand, Sweepstake casinos are available in most US states.

Someone who feels they are a quality craps player may claim they can pick wagers with a low house advantage, but that player still has no chance of beating the house. The only way the player can win money consistently is to be constantly lucky. This is the case for 3 card poker, roulette, slot machines, and other prominent casino games.

However, some games are not as straightforward. For example, many consider poker to be a game of skill, and at the highest level, it is, although it undoubtedly has elements of chance attached to the game. This debate can rage on, but ultimately the law has the final say.

Each individual state has its own rules and regulations that determine which games are considered “skill” and which are considered “chance.” To avoid any confusion, real money skill games websites stick with games clearly based on skill. So you will discover games such as backgammon and spades but not others such as roulette.

Are you looking to become the King of skill? Hundreds of sites offer a wide range of games like those mentioned in the article. These games of skill offer play in exchange for prizes, including cash rewards and jackpots.

We have scoured the internet looking at numerous sites that offer the best real online games for money. We have created a list below of the sites we feel offer the most choice in the overall cash game market. Additionally, we have included some sites with mobile betting apps as playing mobile skills games is becoming more popular.

The above sites also have skill games to play for free, so players can test the waters and experience the games just for fun before playing for cash.

The US States with Skill Games 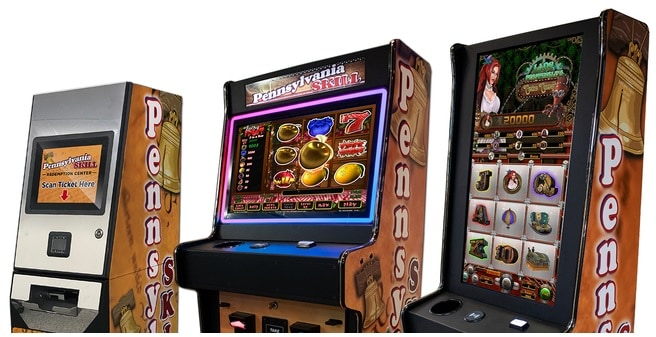 Players in Virginia and Pennsylvania will already be well aware of the types of skill games available; while some may look like a regular slot machine, the gameplay differs hugely from regular gambling or casino-style slot games. These skill games require players to think and take the right actions to win! 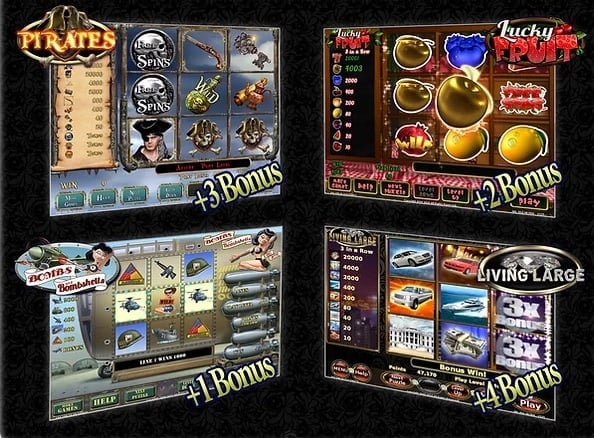 Is It Legal To Bet On Skill Games?

Online skill games such as chess have been exempted from most online gambling laws in the United States. While a ban on playing on a slot machine is in place in many states, games of skill are widely more accepted and not seen in the same bracket as illegal gambling.

You can find skill machines in convenience stores, restaurants, gas stations, and other locations throughout many US states. These games are based on skill, and not luck is crucial because this is what makes it legal to wager real money online for these games in most states. Online anti-gambling laws look specifically at the element of skill and chance and those that have a more significant aspect of luck. Legal skill games don’t have this issue at all.

The only problem bettors may encounter is that sometimes it isn’t always clear what is a skill game and what isn’t. For example, many people consider poker a skill game, but the government doesn’t agree, and consequently, poker is heavily regulated. Conversely, chess is clearly a game of skill with no chance involved at all. Unlike traditional slot machines, skill machines are not based purely on luck or random events.

What States Are Skill Games Legal In?

Most states permit skill games online for real money. Currently, no federal laws exist that state it is a criminal offense to play or host real money skill games over the internet. However, some states are vehemently anti-gambling and have laws prohibiting betting on any game. State laws are not clear on the legality of online skill game betting. Most states seem to have no laws that ban the activity, but it is also very unclear in some states. State police have been known to seize illegal machines.

The key note here is to check the specific rules in your state and be thorough. For example, if we look at the Skill game site “Skillz,” they are able to legally offer skill-based games in 45 US states, with exceptions including Arkansas, Connecticut, Delaware, Louisiana, and South Dakota, and additional restrictions concerning any use of playing cards in Maine and Indiana along with New Jersey where its domino-based games.

Cash games give out real money rewards for player skill rather than getting lucky. These games are legal in most parts of the world, including those where gambling is illegal. Although most people pair these together with games of chance, possibly for simplicity, it is vital to understand their distinctions.

Skill-based games are becoming increasingly popular in the US. It is no surprise that fans of Pennsylvania skill games and other similar arcade-style games want the freedom to play their favorite games online.

Which US states allow skill gaming for money?

Skill Gaming for real money online can vary from state to state in the US. Searching online, sites such as Skillz offer real prize competitions in 41 US states.

The legality of skill-based games is determined at a state level and can apply to individual games such as those involving cards not being allowed.

Sweepstakes Casinos offer a much better proposition for players online available in every single state. The only exception to this is Washington state, where playing online sweepstake games is prohibited.

Can you play skill games online?

There are many games with an element of skill that can be played online at casinos with a skill element including Video Poker, Poker, and Blackjack.

There are also pure skill games available online that differ from traditional casino games; our guide reveals some great alternatives you may not have considered and where to play them.

What as the difference between games of skill and games of chance?

A game of chance is determined as a game where the outcome is heavily influenced by randomness, such as the RNG mechanics of online slots.

A game of skill is one in which the outcome is determined mainly by mental or physical dexterity rather than chance.

The grey area is when the game contains both, such as poker, where there are elements of chance and luck from the cards, but also a skill element is knowing which cards give the best percentage chance to win a hand.

What is skill gambling?

Skill gambling is defined as where the outcome of winning is determined mainly by mental or physical skill rather than chance.