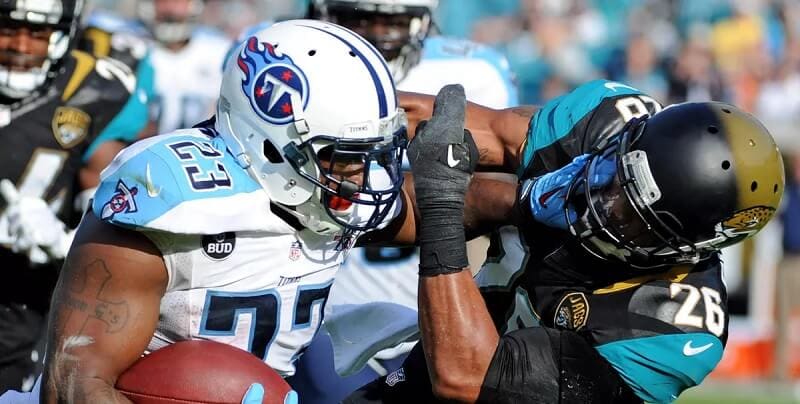 Week 3 of the NFL season is upon us, and it seems like we have more questions than answers at this point in the 2019 season.

Two teams that have been a bit of a mystery are matched up against each other to start Week 3. It’s a divisional matchup, where the Tennessee Titans will be traveling down south to take on the Jacksonville Jaguars.

The AFC South is anyone’s ball game, so let’s take a look at this matchup.

What To Expect From The Titans?

The Titans came out with a dominating road win against the Browns in Week 1. Their defense forced three interceptions from Baker Mayfield, Marcus Mariota had a career-high in touchdowns, and Derrick Henry scored two touchdowns on the ground.

It was a balanced attack all the way around, and it was an impressive victory.

Week 2 had them matched against the Colts. Indianapolis was also a question mark after Andrew Luck’s retirement but is a little bit better than people expected. Jacoby Brissett was able to expose the Tennessee defense, squeezing out a victory in Tennessee 19-17.

This 1-1 record really has experts scratching their heads when evaluating the Titans. They might be the most middle-of-the-road team in the NFL.

Still, when they have been good, their offense has been a scary sight. The problem comes from Mariota’s inconsistent quarterback play. He is going to have a difficult time against this Jaguars secondary.

The Legend Of Gardner Minshew

Jacksonville has had infinitely more question marks with Nick Foles breaking his clavicle in Week 1. Rookie Gardner Minshew took over the offense, but the Jaguars are struggling to find themselves. 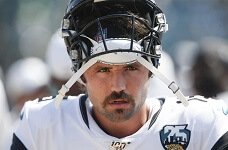 Minshew has a certain kind of aura surrounding him and seems like a natural leader on the football field. But the mystique did not translate to much success in Week 2. The Jaguars took on the Houston Texans and scored near the end of the game to pull within one.

They decided to go for two, and Leonard Fournette was stopped inches before the goal line. Fournette and the rushing attack have yet to get themselves going in these first two weeks. This was a big part of their game plan coming into 2019, yet the run game has been nearly nonexistent.

In order for Minshew to succeed, he will need a strong rushing attack behind him. It is never easy for rookies to have success in their first season, but Minshew has had flashes of brilliance.
It was a disappointment to lose Foles after only one complete drive, but the Jaguars will likely be okay with Minshew at the helm.

This game will come down to Mariota. The Jaguars have a notoriously good passing defense, but Mariota can come out and expose the weakness in the system.

I like Henry most in this matchup. The Titans should come out and force-feed him carries to get the offense started. Henry can come out and dominate this game and make life easier for Mariota.

The Titans are favored on the road in Jacksonville at -1.5. The sportsbooks just don’t trust Minshew yet in his second start.

Take the Tennessee Titans at -1.5 on the road in Jacksonville. It’s tough to bet on Mariota, but I believe that the Titans will be one of the six AFC playoff teams at the end of the season.

Make sure to lock in your bets before kickoff on Thursday night!