With the College Football season officially underway, it is time to look at some of the betting options we have in week one. There are many options out there, so make sure you are doing all the research necessary to cover all of your bases.

At any rate, we are here to help you decide the best bet, and this article will focus on the Thursday night matchup between the Utah Utes and the BYU Cougars.

Utah will be entering this 2019 season following a tough finish last year. The Utes carved a path to the PAC-12 Championship game where they faced off against the Washington Huskies. While their defense held strong, they ultimately came up short against the Huskies and lost 10-3. The Utes then found themselves in the Holiday Bowl matched up against the Northwestern Wildcats. Again, Utah fell short and lost to the Wildcats 31-20.

Despite the unfortunate end to last season, Utah returns a strong roster and is looking to make a run through the PAC-12 this season. Utah comes in ranked number 14 in the country to open the season and will have a tough road opener against BYU.

Senior quarterback Tyler Huntley is looking to take control of their season early. Starting off with a win on the road against a tough BYU team will help show why they are a top 15 team in college football. 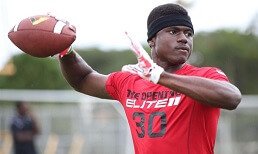 BYU had an underwhelming season in 2018, finishing at a pedestrian 7-6. The Cougars wound up in the Famous Idaho Potato Bowl matchup up against Western Michigan. They handled their business and trounced WMU 49-18.

BYU boasts a young roster. Halfway through the 2018 season, head coach Kalani Sitake decided to roll out his freshmen. Quarterback Zach Wilson finished the season with 12 TD’s, 3 INT’s and a 65.9 CMP%, while freshman running back Lopini Katoa finished with 423 yards rushing and 8 TD’s on the season.

With some experience under their belts, these two will look to be the focal point of the Cougars offense and help lead BYU to national prominence.

As per Jazz Sports, here are the prices for the Thursday night matchup:

Utah is favored on the road -5.5 against the Cougars. Historically, BYU has never been a team to roll over. Seeing as this game is their home opener, the Cougars will look to come out and show how strong their team is. As a Thursday night game featured on ESPN, both teams will be fired up to show who the king of the state is.

This matchup will be all about the Utah defense against the BYU offense. Both teams will look to dominate the time of possession and focus on a run-heavy offense. With two of the stronger defenses in the PAC-12, and the season opener being on national television expect a number of nerves, punts, and turnovers for both teams.

Neither of these two offenses are explosive, so expect a low scoring defensive battle. The over/under comes in at 48.5, and that feels like a lock for the under. Expect a score finishing in the low twenties or the high teens.

With such a young roster for BYU, Utah should look to break them down and control the tempo of the game. BYU will cover the spread, but I like Utah to win this game in a close, highly contested battle.

Make sure to lock in your bets before the Thursday night kickoff. Check out more Free Football Picks on our blog Until next time!