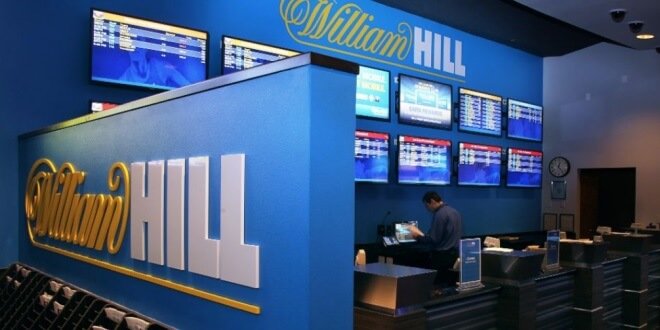 Iowa became the 11th state to offer legal sports gambling at noon CDT Thursday – and the betting windows at the Prairie Meadows Racetrack and Casino were kept busy, with long queues for the William Hill US Sportsbook and App.

It was a similar story at William Hill US’s three other properties in the Hawkeye State, including the Lakeside Casino, an Affiliate Gaming Property 55 miles south of the Des Moines-area racino.

Four other state casinos opened for sports betting and all 18 of the state’s approved casinos are expected to be operating for the start of the college football season on September 14.

That’s when Iowa State takes on Iowa – the early moneyline favors the Cyclones (-4) – and predictably the first wager taken at Prairie Meadows was on that game, which is sure to draw a much bigger crowd than yesterday’s.

Even so, there were around 200 patrons lining up when betting first opened and most seemed interested in the William Hill US mobile app, which will allow them to to wager anywhere within state lines.

Ninety minutes after the windows opened, the line for the sportsbook had cleared but that wasn’t the case for the mobile app, with a 40-strong line still waiting to fill out forms to begin wagering on their mobile.

A big crowd had been expected by the Prairie Meadows and William Hill US execs but perhaps not in the numbers they did.

“We felt like we’d see a good turnout, but I’m not sure we thought it would be this large,” said Brad Rhines, Prairie Meadows’ senior vice president/chief strategic officer. “It reaffirms the fact that people are anxious for it. It’s exciting to have a wager on a game. People are excited about this.”

Joe Asher, William Hill’s US CEO, said: “We always knew this was going to be a good location. There’s such a great sports culture in this area. You know that people have been betting on sports here for decades, but they’ve been doing it illegally. Now they can do it legally.”

Why the long lines for the mobile app?

The chunk of William Hill US’s Nevada business comes through mobile apps, and it’s New Jersey app has gone down a storm too. The Iowa market, whilst significantly smaller, is expected to follow this trend and for the reason betting online is way more convenient for most than visiting a brick-and-mortar casino.

“It’s just different [than on-site retail wagering],” Asher said. “You have to make sure the customer is physically present in the state in order to bet, and the regulations from state to state are just a little bit different. There are complexities to both but we feel like both will be successful in Iowa.”

The William Hill app was available and operating for Android devices at the launch and a version that operates on iOS will be available soon, according to a William Hill spokesperson.

Judging by the enthusiasm – and patience – shown by those waiting in line at Prairie Meadows on Thursday, it’s sure to be popular. The William Hill app has already proved to be a massive hit with players living in and visiting the state.