Pennsylvania saw its sports betting handle jump to a record $241.2 million in October, a 24% increase from the previous month.

The combined revenue figure for the state’s sportsbooks was a robust one too at $19.1 million, representing a win percentage of 7.9%, albeit that total was slightly down on September’s $19.3 million.

Pennsylvania bettors wagered $198.6 million online, which is equal to 82% of the total handle. That percentage is only just behind that of New Jersey, where 85.4% of bets in October were placed via online channels.

Bettors in The Keystone State have been quick to adopt online/mobile betting, which has grown from 65% of all bets in July.

FanDuel by far and away the leader

Since launching in July, FanDuel has quickly become the sportsbook of choice for the majority of Pennsylvania bettors.

Coupled with its retail sportsbook at the Valley Forge Casino Resort, it raked in a total handle of $118 million – that was larger than the state’s next seven biggest sportsbooks combined.

The partnership’s 49% share of October’s total handle was up 3.5% from September, while its total share of online handle hit 57.3%.

FanDuel’s online platform accounted for the vast majority of its total handle – all but $4.1 million – and more than $8 million of its total of $8.2 million in revenue.

Third place in the handle charts went to Rivers Casino Pittsburgh at $34.3 million while that property continued to lead the retail market, accepting $7.7 million in bets in October. 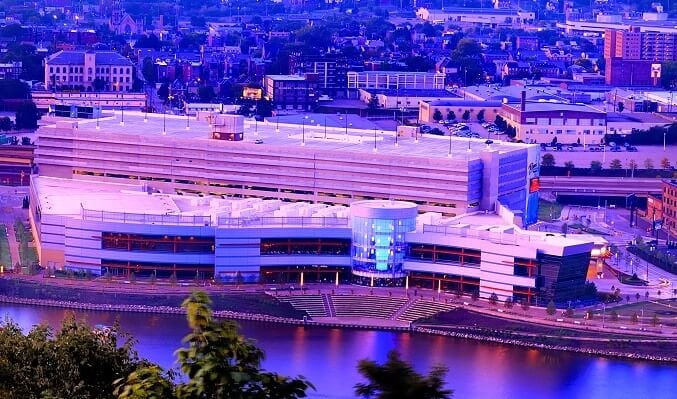 This month saw the debut of two online sportsbooks in the Keystone State, bringing up the total to seven.

DraftKings’ app launch at the beginning of the month was the result of a market access agreement inked in July with Penn National Gaming, which owns The Meadows Casino.

The other brand to enter the market was Kindred’s Unibet, which launched with Mohegan Sun Pocono as its land-based partner.

While a less familiar name amongst US bettors, its sportsbook does have something in common with DraftKings, that being the weight of a Kambi-powered platform behind it.

By moving into Pennsylvania, the two brands are joining a nascent market with the potential to outgrow that of New Jersey, given the state’s relative population size.

And DraftKings in particular could well, by the power of its brand name and existing database of players, loosen FanDuel’s grip on the online market in time.

Watch this space for more news on the anticipated FanDuel-DraftKings rivalry in Pennsylvania, and let us know your thoughts by either hitting us up on Twitter or getting in touch.